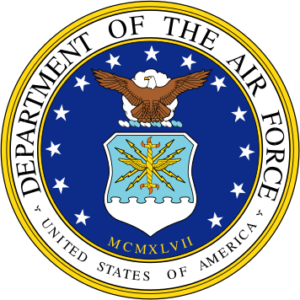 The U.S. Air Force has its focus set on space these days, as evidenced by its recently released Fiscal Year 2019 budget and an ongoing review of the military’s space operations. Both look promising.

“The Air Force’s FY-19 budget accelerates our efforts to deter, defend and prevail against anyone who seeks to deny our ability to freely operate in space,” Gen. John “Ray” Raymond, commander of Air Force Space Command, was quoted in an article in Space News.

Sandra Erwin, the writer of the article, went on to say:

Meanwhile, Deputy Secretary of Defense Patrick Shanahan is leading a congressionally mandated review of the military’s space forces that will culminate in a final report on how the U.S. military can go about establishing a separate department in charge of space—a space force, if you will. The report will be filed by Dec. 31.

In a recent interim report submitted to the Congressional defense committees, Shanahan provided a glimpse of how he plans to reorganize national security space programs and offices. Additionally, “The report is highly critical of the current acquisition system for space systems. It points out that today’s processes slow down modernization at a time when U.S. access and use of space capabilities are being threatened by foreign adversaries,” Erwin wrote in another article in SpaceNews.

Shanahan may be just the person to help facilitate the much-needed improvements. Prior to becoming Deputy Secretary of Defense, Shanahan served as senior vice president, Supply Chain & Operations, for Boeing. He spent over three decades with the company, including time as senior vice president of Commercial Airline programs during which he managed profit and loss for the 737, 747, 767, 777, and 787 programs.

With his solid background in the private sector, there’s good reason to hope that Shanahan will open the door to increased industry cooperation within the DoD. Doing so will enable the department to better take advantage of commercial innovation, like high-throughput satellites (HTS), while maintaining its leadership in space.

To learn more about how HTS supports government applications, read our white paper.