Recently I attended the Advanced Maui Optical and Space Surveillance Technologies Conference.  I have attended this conference before and I am always impressed by the technological revolution that is occurring in all things related to Space Situational Awareness (SSA).  At this year’s conference there was also a great deal of discussion on the policy side, especially regarding the potential for the greater role that civil organizations such as the Federal Aviation Administration’s Office of Commercial Space Transportation can play.

The potential for the FAA to take on a greater role has been discussed for some time within the interagency, and now organizations such as the Satellite Industry Association, Commercial Spaceflight Federation, and National Defense Industry Association are developing positions on the topic.  Since the value of commercial operations in space now exceeds that of government activities, this is appropriate and it makes sense that industry should share in any solutions being developed for such a critical issue. 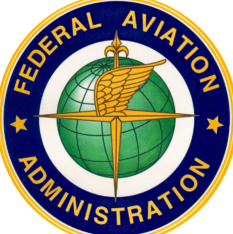 Intelsat has been at the forefront of promoting greater collaboration between industry and government for SSA for some time.  We are founding members of the Space Data Association, whose main purpose is for satellite operators to share data promoting spaceflight safety.  We are also one of the six initial members of the Commercial Integration Cell which works with the Joint Space Operations Center (JSpOC) to ensure spaceflight safety, limit radio frequency interference, and share data on other issues of mutual benefit between the U.S. Government and commercial operators.

The FAA should take a greater role in on-orbit spaceflight safety and space situational awareness. Here are a few suggestions for how to make that happen.

The U.S. Air Force, primarily through the JSpOC, has done an outstanding job supporting most global space-faring nations, global commercial operators, industry and academia.  Considering the resources they have and their rightful focus on national security, they should be commended.  Keep in mind that about 90 percent of the conjunction warnings issued by JSpOC apply to commercial or international satellites — and this is not even their day job!

From catalogue maintenance to launch support to collision avoidance and risk assessment, none in the world do it better than the JSpOC.  Within a difficult bureaucracy, with competing priorities, they strive to share more data quickly to promote even better spaceflight safety, commensurate with national security concerns of course.  Most realize that a lot of what they do may be inherently governmental, but not inherently military so a shift of burden may be in order.

The Air Force, charged with monitoring international SSA since the 2009 collision of the Iridium 33 and Cosmos 2251 satellites, has done a terrific job of doing so. The Air Force also has catalogued 18,000 to 22,000 objects of space debris along the way. But the Pentagon has said it wants to get out of the universal traffic cop business.

“The FAA really should be in charge of managing what’s going on in space.” – Douglas Loverro, Deputy Assistant Secretary of Defense for Space Police, Oct. 15, 2014

Luckily, the leadership at the FAA understands their role to promote spaceflight in all its aspects, and doesn’t want to stifle industry.  They have used terms such as “light touch” when discussing any regulatory regime.  Industry should monitor this closely, and should support it in concept.    Approximately 1,400 satellites in orbit – about half of them commercial or international – are about to be joined by hundreds, perhaps thousands of satellites either under construction or planned.  Among them are less agile nanosats and cubesats that pose both navigational and SSA challenges. New rule sets are in order in light of these activities.

Regulation needs to be appropriate to support spaceflight safety, but not limit innovation.  This is a fine line, but I think the current civil and Congressional leadership understand that.  We need appropriate regulation.  Debris mitigation standards applied to a geosynchronous satellite may be different than those of a large constellation of nano-satellites in low-earth orbit with little room to maneuver.  And with the FAA taking a leadership role in the regulatory arena, this could lead to a more rational international framework than exists today.

The growing data collection, exploitation and dissemination requirements far outpace the ability of cumbersome government acquisition processes to keep up.  The commercial capabilities in this area are revolutionary, and several companies have offerings that would solve many of today’s issues and anticipate those of tomorrow.  Luckily, the U.S. government leadership is aware of these capabilities and seeks to take advantage of them.

The issues of spaceflight safety and space situational awareness within a space traffic management regime must consider the eventual move to an international forum with enforceable standards that apply equally to all.  Space safety is a global problem, not just a U.S. one.  Though we can provide leadership, we must always have our sights on the broader prize of international support for order and norms within the space domain. Space exploration, tourism, mining, and on-orbit services are potential entrepreneurial endeavors that are going to require regulatory attention globally, not only in the United States.

It begins with defining standards, and gathering and disseminating information in a secure way. Commercial companies should play a key role here.  Then we need to establish the rules and provisions for space activities such as launch, maneuver, orbital debris and re-entry of space vehicles.  This is where the FAA’s leadership would be critical, along with the State Department and other international bodies.  At that point you can begin to shape an international regime to implement and monitor global space traffic management.

Of course this will be difficult work.  These issues have been debated for many years. But the leadership is in place to move this forward. The concepts are there. Commercial companies and U.S. government entities are willing to partner.

Working together, we can move forward on space traffic management to improve spaceflight safety and promote a safer space environment for generations to come.

Advancing Ground Force Missions Around the Globe with FlexGround December 13, 2019