Rethinking the Space Environment in a Globalized World 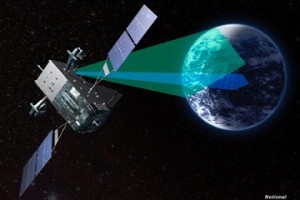 Globalization has made the world a smaller place, with people, goods and services crossing borders with ease unimagined by earlier generations. Much of this globalization is enabled by space-based capabilities, and specifically satellite communications capabilities.

Once the domain of only a few technologically advanced nations, there are now more than 70 nations operating earth-orbiting satellites. More importantly, space has also become the domain of a range of commercial companies involved in spacecraft launch and operations, with some space entrepreneurs even planning missions to distant asteroids and planets.

The question many nations face, especially the United States, is where to draw the line between operating government-owned satellites for specific missions, and relying on commercial resources for other space-based activities. Certain missions, such as nuclear command and control, are clearly in the best interest of the U.S. government to “own.”  However, there is little commercial satellite operators can’t do in other many space mission areas.

For example, there is a growing recognition that the way we conduct space situational awareness needs to be different in the future. The DoD needs to put greater reliance on commercial capability to do some of the work for military and civil agencies.  Companies like AGI with their Commercial Space Operations Center (ComSpOC), the Shafer Corporation, and others are pushing the boundaries of what commercial can do in the Space Situational Awareness arena.

Satellite flight and ground operations are also ripe for commercialization. Commercial operators are already capable of providing space flight and ground services to the U.S. and other governments.  Companies often conduct operations with more-experienced personnel and less expensive CONOPS.  This would provide the opportunity to re-purpose resources for higher priority missions; improve network reliability, diversity, and resiliency; and promote technology insertion more affordably.

Intelsat alone flies 75 satellites using a network of some 550 ground antennas at 30 locations worldwide, with about 100 people—including all bus and payload operations and engineering — but less than ten of these per shift are satellite controllers.

There are many reasons for governments to rely more heavily on commercial space capabilities, but three are key:

The commercialization debate has been on-going for decades.  What is different today is that the cost of doing business the same way has become fiscally, technically and operationally untenable. Funding for space programs is under pressure.  Technology in the commercial sector is improving at a rapid pace.  And the threat to government space assets is real and advancing.

All the building blocks are in place for a new partnership in space. All that is needed now is action.