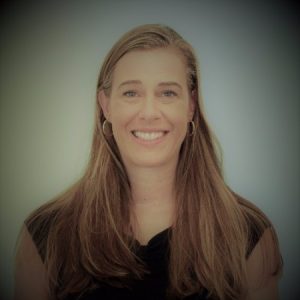 March 8th is International Women’s Day (IWD) this year. IWD is a global day celebrating the social, economic, cultural and political achievements of women. The celebration has occurred for well over a century, with the first​ ​IWD gathering in 1911 supported by over a million people in Austria, Denmark, Germany and Switzerland. IWD today is not associated with any specific country, group or organization, and celebrates increased opportunity and equality for all women.

During this month, Intelsat is recognizing Lesley Rahman, Director of Engineering at Intelsat General Communications LLC (IGC). In the Q&A below Lesley touches on the mentor who inspired her, offers her perspective on women working in high tech careers and shares advice for those interested in building a career in the commercial space industry.

Can you tell us a bit about your role at Intelsat?

I supervise the three groups that make up the Engineering organization inside Intelsat General. Customer Sales Engineering (CSE) performs all space segment related work and serves as the primary contact for our end-to-end customer solutions. Systems Engineering (SE) has responsibility for those customers/accounts that include a terrestrial component as opposed to just bandwidth. The SE group performs the majority of all antenna testing and demonstrations, including those associated with new services like FlexAir. And the general IT department is also part of my group, maintaining the IT infrastructure for IGC itself.

How did you get into engineering and space technology?

I have always liked and done well in science and math and so early on I knew that I wanted to eventually work in a technical field like engineering.  I was also very fortunate that both my teachers and my parents were very supportive of my goals and provided strong encouragement and incentive for me to remain in a technical path.

One of my science teachers in middle school applied for NASA’s original Teacher in Space program but was ultimately not selected.  She continued to closely follow the progress of this program in our classroom, including having a TV connected to display the “live” broadcast of the Challenger launch.  As you know, there was not a positive outcome for this mission but instead of discouraging me this actually inspired me to want to work in the space industry.

After this experience, I decided to focus on a career in the space industry with a then specific goal of designing a new human spaceflight system that was more robust and reliable than the current system.  While I did not achieve that specific milestone, I did spend several years supporting human spaceflight from a space-to-ground communications perspective.

In this previous role, I was responsible for ensuring that all communications between the astronauts, the vehicle, and the ground systems had been verified and were ready to support each mission prior to launch and were functioning properly throughout the entire duration of each mission. This included both NASA-owned and operated ground and space-based relay communications systems as well as DoD systems that were used to supplement the NASA systems.

What has been the most satisfying moment in your career to date?

I started supporting the human spaceflight program shortly after the Columbia disaster.  As part of the return to flight process, NASA decided to add a camera to the External Tank to capture video of any debris that might fall off during launch and potentially cause damage to the space vehicle.  This video (informally referred to as “External Tank TV”) was transmitted back in real-time to three different ground sites along the launch trajectory.

I managed the project that implemented the necessary equipment at each of those ground sites to enable the receipt and processing of this video.  I was nominated and subsequently chosen to receive a Space Flight Awareness (SFA) award in recognition of my efforts on this project. But even more importantly, this system performed flawlessly during the STS-114 return to flight mission and provided NASA with the information they needed to ensure the safety of the vehicle and astronauts within.

What challenges, if any, have you faced being a woman in a very male dominated field?

I have been very fortunate in that I have not faced any significant.  While there are always exceptions, I feel that any smaller challenges I have encountered were successfully overcome by focusing on consistently demonstrating my technical competence and ability to achieve results.  I don’t view this as much different than what any other person (male or female) would have to do other than in some cases it might have taken me slightly longer than it would have taken a male colleague to establish that mutual respect and trust.

Who have been the biggest influences/role models in your career (male or female)?

As mentioned previously, my decision to have a career the space industry is directly attributable to my middle school science teacher and she definitely set me on the path to where I am today.  My first supervisor out of graduate school was also a big influence and role model in my career.  He was very demanding as well as technically astute and he placed a lot of trust in a recent college graduate with the initial and subsequent responsibilities he assigned to me.  He was also the one that strongly recommended me for the position within the human spaceflight program.

What more do you believe needs to be done for women to undertake more careers in STEM?

I believe that industry has already made great progress to support women undertaking more careers in STEM. There are many more programs available today, ranging from mentorships to internships to scholarships. I further believe that we should place a particular emphasis on exposing, encouraging, and building the confidence of women in STEM-related activities and learning opportunities as early as possible in the educational system and at home.

What advice would you give to young women considering a career as an engineer or within the space industry?

My advice to young women considering a career as an engineer or within the space industry is to make sure you are taking as many as possible of the requisite STEM courses available to you in school, and starting as early as possible. Regardless of whether you pursue a career as an engineer or within the space industry these courses provide you with an initial exposure to the types of logical problem solving that will be required as well as serve as a good foundation for whatever career path you ultimately choose.  I would also recommend that any young women who are interested in these types of careers research and take advantage of the multitude of programs that are available today that can help assist with this decision.