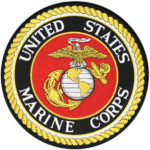 “Thirty years ago, communications were very different. A radio was just a radio for voice communication. Now they are used to send data and have a lot more capabilities in a smaller package,” Joey Trecartin, a retired Chief Warrant Officer 5, told Cpl. Lukas Kalinauskas for an article on the evolution of communications in the Marine Corps.

That evolution is due at least in part to advances in commercial satellite technology, which can deliver higher data throughputs on a global scale via a wide variety of user-chosen waveforms, modems, and antennas.

“More now than ever, we try to leverage commercial technology into our programs,” said Trecartin. “By seeing what is being worked on outside of the Marine Corps, we can take emerging technologies and apply them to a tactical environment.”

While operating over Intelsat 29e, Marine users were able to achieve a total simultaneous throughput capacity of approximately 9.0 Mbps—approximately five times more throughout than the less than 2 Mbps in the same amount of bandwidth on traditional wide-beam satellites via very-small-aperture terminals. Intelsat EpicNG HTS Ku-band is offered on five satellites throughout the world, and soon will provide global coverage when the sixth enters service early next year. The Intelsat EpicNG fleet offers the Marine Corps and other military customers the highest throughput to meet mission critical needs.

But the technology is only one part of the equation. Kalinauskas writes, “The mission of Marine Corps communications is to ensure that information is reliably transmitted from one point to another. That mission is achieved not only by having modern equipment, but also by improving the people and processes to make it a reality.”

Superior situational awareness delivers value only if the in-theater commander can use it as actionable intelligence. Military Occupational Specialty code (i.e., job titles) highlight the Marines’ commitment to empowering commanders with real-time communications. Network administrator and data systems administrator, “which play a key role in communications by establishing networks and configuring cyber systems,” are replacing field wireman and cyber network operator, according to Kalinauskas.

“You want to have better rifles, better combat aircraft, better communications,” said Trecartin. “Communications allow commanders to have a real-time feel of what’s going on in the battlefield, which can ultimately save lives and win battles.”