Intelsat Epic Enables a New Class of COTM for the DoD 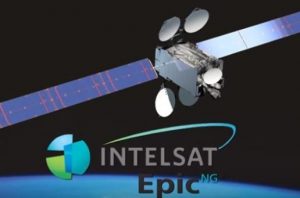 Increasingly, military units require a new kind of Comms-on-the-Move (COTM) that includes the ability to establish small, flexible networks that connect units across the area within which they are operating.  Military units need the flexibility to stay connected at all times, even while on the move, and this becomes easier when using small ground terminals that can be deployed quickly.  Accessing the more powerful satellites such as Intelsat’s Epic high-throughput satellite (HTS) platform enables these small ground terminals to communicate at data rates that are at least double the rates previously possible.

Recently Intelsat General announced that the DoD will begin leasing services on Intelsat 29e, the company’s first high-throughput satellite covering the Americas. The capacity on IS-29e will support training for an enhanced U.S. government COTM platform. This platform will allow the user to conduct command and control while on the move and at the short halt without having to stop and set up other communications equipment.

Tests performed on Intelsat IS-29e proved that throughput on this new COTM platform was three to five times higher than was achievable on traditional wide-beam satellites, providing a superior alternative to the U.S. government’s WGS satellites. The higher HTS throughput allows for more applications to be run simultaneously, including secure and non-secure email, chat services, secure voice over IP, and secure video teleconferencing. And this higher performance can be achieved while using less overall satellite capacity than previously needed.

“This enhanced COTM platform brings command-and-control capabilities to vehicles far from fixed communications centers,” said Chris Tully, Vice-president of Sales, Marketing and BD at Intelsat General Corporation. “Our Intelsat Epic satellites are ideally suited to delivering the high throughput necessary to share information between mobile forces across the battlefield and with distant commanders.”

The greater throughput will also allow for time sensitive targeting and a common operational picture to be seamlessly shared between units that are much more geographically dispersed across the battlefield.  In addition, the high performance of the Epic satellites allows two small remote terminals to communicate directly with each other in a mesh configuration. This eliminates the need for a double-hop with a larger hub antenna in the middle.

IGC recently closed another services agreement on our second Intelsat Epic satellite, IS-33e, that includes multiple beams/areas and over 100 MHz of capacity. The throughput and efficiency gains for multiple applications – maritime, airborne and land – are being monitored closely to capture and provide relevant data for other interested users.  As with IS-29e, IGC strongly believes that actual performance will exceed current analysis.

This rapid transition to a new level of COTM is possible because of existing Ku-band antenna/modem infrastructure already in place on government space networks. Being able to use existing infrastructure has clear benefits for the DoD – from fiscal, operational and information assurance (IA) standpoints. It will also make it easier for DoD users to leverage the capabilities of the IntelsatOne Flex managed service.

This is the kind of technological innovation that supports rapid decision-making and continued information dominance for the DoD. Intelsat Epic continues to innovate with each satellite launch, and will put the latest in SATCOM technology into orbit for government use.