How Satellite Networks Can Protect Connected Cars from Getting Hacked

Hardly a week goes by without the announcement of another large database of consumer information being hacked by unknown cyber criminals. The breach of credit card or identity data is serious, but the potential harm is mostly financial. However, as auto manufacturers begin to use technology that connects cars and trucks to the Internet, hacking of those vehicles could result in passenger injury or even death.

Over the past decade, computer-based electronics have replaced many of the mechanical and pneumatic systems which control braking, acceleration, steering and other critical operating functions on vehicles. The computer systems run on hundreds of millions of lines of software code that need to be managed and updated, a task traditionally done when the vehicle is at a repair shop.

But the auto industry is moving toward updating vehicle software by using mobile networks on a global scale, opening up the possibility that hackers could break into vehicle networks. Imagine a hacker being able to control the locks on a car’s doors and demanding a ransom payment to unlock the vehicle. Or worse, imagine the accident after a hacker suddenly slammed on the brakes of a car going 65 miles an hour on a crowded Los Angeles freeway.

In addition to the vehicle control network, newer cars are being equipped with more sophisticated entertainment and navigation systems that rely on access to the Internet to download movies, maps, and information about traffic conditions. Making sure that these two networks are isolated from one another is critical to the cyber security of the vehicle’s control network. This segmented connectivity has long been a standard in the commercial airline industry, where the systems that operate the aircraft are isolated from the in-flight entertainment networks that deliver content and Internet services to passengers. The auto industry needs to adopt the same concept of having the right segmented architecture between the electronics that control a vehicle’s movement and the systems that download entertainment or provide other information to drivers and passengers. There can be no bridges between these two information hubs.

In order to achieve a closed loop vehicle control network, auto manufacturers need to work with the hundreds of vendors who supply the many parts that go into these systems. They also need to be sure that the mobile network providers with access to the car have their own security systems in place to prevent unauthorized intrusion over the Internet. With so many vendors involved, it is the responsibility of the car manufacturers to set the security standards for any device inside the car that relies on software. While security of the vehicle control system is essential for passenger safety, keeping hackers out of the entertainment or other networks in a car is also important. For example, parents would not be pleased if a hacker started delivering inappropriate content to the TV screens of the children sitting in the back seat.

One major advantage of using satellites to deliver updates to a car’s software is that the satellite network can be designed to be completely isolated and purpose built, with limited vectors available to hackers.  This is in stark contrast to the wireless sector. Satellite networks such as Intelsat’s offer multiple layers of cyber protection and isolation for critical systems that make compromising significantly more challenging for bad actors.  This level of network security is one reason the U.S. government turns to operators like Intelsat for satellite services needed by military units around the globe.

We have been engaging with the automotive community regarding the connectivity and cyber benefits of using satellite for software updates to vehicles. Such a design would need to be built into the car at the factory so that the vehicle could be equipped with a flat panel satellite antenna. These antennas, manufactured by Kymeta and others, have the capability to send and receive high volumes of data. Another advantage of using satellites for the software updates is that a single broadcast transmission from a satellite can update the software on every target car within the geographic footprint of the satellite beam, inclusive of an acknowledgement from the auto confirming the update was received error free. Using mobile networks for the software updates would require auto manufacturers to work with different service providers all over the globe to make the same updates, complicating the solution and raising questions of who would be responsible for paying for the mobile data plans.

The connected car promises to save the auto industry millions of dollars a year by avoiding costly recalls to update vehicle software. Connecting vehicles to the Internet will also provide more entertainment options to passengers and real-time information to the driver about road and traffic conditions ahead. Making sure that these networks are isolated from one another is essential to preventing intruders from endangering the lives of the people in the car. And using satellites to remotely access the vehicle’s control system will provide auto manufacturers with the highest level of network security available. 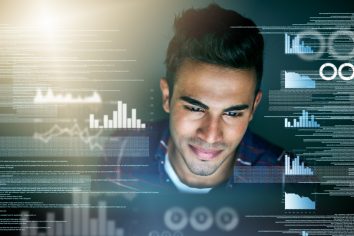 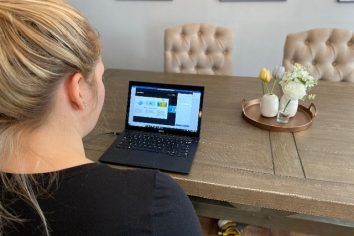 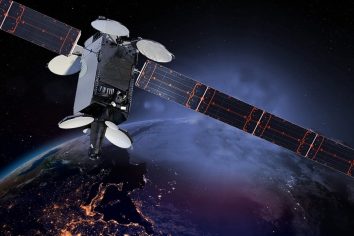 Intelsat Files Plan of Reorganization with the Support of Key Creditor Groups February 12, 2021