August 8th began bright and early. The team departed from the hotel at 6 am so that we would not be late for the arrival of the Horizons 3e satellite at the Cayenne airport.

The Russian built Antonov is one of the only airplanes in the world large enough to haul our satellites. Our Antonov arrived at 8 am sharp, not long after a sudden rain storm blew through that left us with a beautiful double rainbow.

Removing the 30-ton satellite shipping container out of the airplane and onto a truck is an exacting process. Before we could even unload the satellite, the airplane crew needs to build a ramp which typically takes several hours to construct. Once that process is complete, they methodically inch the shipping container down the ramp. It’s then picked up by a huge crane that can withstand the weight of the satellite and its container and then placed onto a truck. It was after 1 pm before we left the airport and the satellite was transported to France’s Guiana Space Center (CSG) in a convoy that is limited to about 30 mph. Once the satellite arrived at CSG, the shipping container was carefully lifted off the truck. Wheels were installed onto the container and it was pushed into the High Bay with a huge diesel forklift. There is much work to be done before our satellite launch on September 7th.

It is fair to say that I was happy to land a few days before the Horizons 3e satellite was set to arrive. While I have worked on four launch campaigns for Intelsat, and about a dozen for Hughes and Boeing, it is very rare that I have a chance to venture far from the Space Center. During launch campaigns, my days are typically long and filled with preparations for the satellite launch.

Since I had some time before the satellite was scheduled to arrive, I took advantage and did some exploration. I was able to go to Cacao, a village founded by Hmong war refugees from Laos. On Sundays, they have a lively local market. As is typical in French Guiana, the food is an eclectic mixture from all over the world. I picked up some delicious beignets to eat with my Asian infused green papaya salad. Quite the combo!

I also took a tour to the Marshes of Kaw. This is a large, remote wetland located on both sides of the Kaw River. In the Marshes, we used a small motor boat to visit a village where I encountered wandering chickens and water buffalo. There was a French naturalist who provided an overview of the types of plants and animals found on the island.

French Guiana’s ecosystem is similar to Florida in the United States – with egrets, vultures, hawks, otters, manatees, and caiman, the cousin of the alligator. In addition, they have piranha, huge spiders, and electric eels. After visiting the village, we went up the river to seek out the local birds and vegetation. There were brilliant blue butterflies as well as large birds of prey. We ended the night cruising the river, searching for the caiman. While we never encountered a big one, I did get to hold a foot-long one year old. Riding in the boat in the dark with the jungle noises in the background, while looking up at the Milky Way, was a welcome way to end the evening.

Enough with my reminiscing. This week is busy with activity. Boeing will take Horizons 3e out of the container and prepare it for a test mating with the Ariane-5 adapter. Until next time. 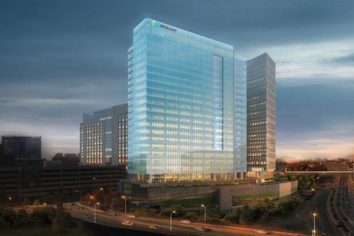