Commercial Integration Cell a Sign of Stronger Collaboration in Space 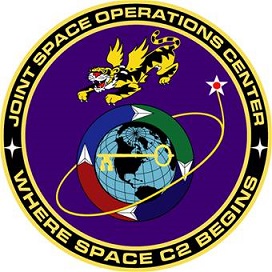 Later this summer the Commercial Integration Cell (CIC) will begin operations for a six-month trial in the Joint Space Operations Center (JSpOC), a command-and-control center under U.S. Strategic Command. The JSpOC is located within Vandenberg AFB in California and is led by Lt. Gen. Jay Raymond, 14th Air Force commander.

The CIC is a soon-to-be formed staffed function within the JSpOC that will serve the JFCC Space Commander. This joint capability shows the DoD’s recognition of the importance of commercial satellite players in our nation’s space defenses. General Raymond was quoted in a recent article by Satellite Today explaining this topic:

“We are going to have a cell of commercial space operators that will reside at the JSpOC, sit side-by-side with us, and will allow us to be able to share information more easily, allow us to plan together, and allow us to capitalize on the benefits and capabilities,” he said.

The CIC provides a forum for commercial companies to provide critical support to the DoD across a wide array of missions in order to improve operations and space domain awareness. For the initial six-month pilot program, six satellite operators were chosen based on their contributions to USG space operations: Digital Globe, Eutelsat, Inmarsat, Intelsat, Iridium and SES.

“During the pilot phase, the CIC will include operations 8-12 hr. per day; operators will be on call in the event of an urgent issue, Sears tells Aviation Week. The cell could be expanded to round-the-clock operations eventually… Also, Sears says, operators hope to hone operational concepts (conops) and procedures for various scenarios of events that can happen in space, from the most dramatic, such as a satellite collision or attack, down to routine friendly electromagnetic interference.”

The CIC is being created due to the growing need for a stronger partnership in space. Leaders such as General Hyten, commander of AFSPC, Admiral Cecil Haney, commander of Stratcom, and Doug Loverro, deputy assistant secretary of defense for space policy, are actively driving home the necessity to move beyond the status quo in space through closer work with commercial operators. These efforts will help to improve operations and develop a much-need path to faster and more direct communications among all military and commercial parties. .

General Raymond told Via Satellite that 80 percent of the government’s satellite communications travels over commercial systems. That being the case, it makes all the sense in the world to closely collaborate through a program like the CIC. It’s a way to ensure that no matter what happens in space, valuable commercial capacity and solutions will always support the DoD.