Service to Customers to Remain at Same Level of Excellence

McLean, VA – May 13, 2020 – Intelsat S.A. (NYSE: I) (“Intelsat” or the “Company”), operator of the world’s largest and most advanced satellite fleet and connectivity infrastructure, today announced that it has undertaken a financial restructuring to position the Company for long-term success. The restructuring process is intended to enhance the Company’s liquidity and will likely result in a substantial reduction of Intelsat’s legacy debt burden, allowing for Intelsat to emerge with a strengthened balance sheet to complement its strong operating model and future growth plans.

One of the primary catalysts for restructuring the balance sheet now is Intelsat’s desire to participate in the accelerated clearing of C-band spectrum under the Federal Communications Commission order in support of a build-out of 5G wireless infrastructure in the United States. To meet the FCC’s accelerated clearing deadlines and ultimately be eligible to receive $4.87 billion of accelerated relocation payments, Intelsat needs to spend more than $1 billion on clearing activities. These clearing activities must start immediately, long before costs begin to be reimbursed. The Company is also managing the economic slowdown impacting several of its end markets caused by the COVID-19 global health crisis.

“This is a transformational moment in the history of our company,” said Stephen Spengler, Chief Executive Officer of Intelsat. “Intelsat is the pioneer and foundational architect of the satellite industry. For more than 50 years, we have been respected for quality, innovation, sector leadership, and premium services. Our success has come despite being burdened in recent years by substantial legacy debt. Now is the time to change that. We intend to move forward with the accelerated clearing of C-band spectrum in the United States and to achieve a comprehensive solution that would result in a stronger balance sheet. This will position us to invest and pursue our strategic growth objectives, build on our strengths, and serve the mission-critical needs of our customers with additional resources and wind in our sails.”

To facilitate the financial restructuring, Intelsat and certain of its subsidiaries have filed voluntary Chapter 11 petitions in the U.S. Bankruptcy Court for the Eastern District of Virginia, Richmond Division. Intelsat General (IGC), which serves the Company’s U.S. commercial, government, and Allied military customers, is not part of the Chapter 11 proceedings.

While it moves as quickly as possible through the restructuring process, Intelsat’s day-to-day operations, engagement with customers and partners, and capital investments will continue as usual. The Company will continue to drive its business forward – launching new satellites, investing in its ground networks, developing new services, and progressing Intelsat’s next generation network and service strategy at full speed. No changes to the Company’s operations or workforce are planned.

Intelsat has secured a commitment for $1 billion of new financing. Subject to Court approval, this debtor-in-possession financing, coupled with significant cash on hand and positive cash flow generated by the business, will provide ample liquidity during the restructuring process to support ongoing operations, fund the substantial upfront C-band clearing costs, and allow the Company to continue investing in the innovations and services that customers need today and in the future.

The Company is filing with the Court a series of customary motions seeking to maintain business-as-usual operations and uphold its commitments to its stakeholders, including employees, customers, and vendors, during the restructuring process. Approval of these “first day” motions, which the Company expects to receive in short order, will help facilitate a smooth transition into the process.

“At the end of this process, we will be on stronger financial footing for the future, further enhancing our industry-leading portfolio of space-based communications services and paving the way for our continued innovation and investments to benefit our customers,” Spengler concluded.

Additional information regarding Intelsat’s financial restructuring is available at Intelsatonward.com. Court filings and information about the claims process are available at https://cases.stretto.com/intelsat, by calling the Company’s claims agent, Stretto, at (855) 489-1434 (toll-free) or (949) 561-0347 (international), or by emailing intelsatinquiries@stretto.com.

As the foundational architects of satellite technology, Intelsat operates the world’s largest and most advanced satellite fleet and connectivity infrastructure. We apply our unparalleled expertise and global scale to connect people, businesses and communities, no matter how difficult the challenge. Intelsat is uniquely positioned to help our customers turn possibilities into reality – transformation happens when businesses, governments, and communities use Intelsat’s next-generation global network and managed services to build their connected future. Learn more at www.intelsat.com. 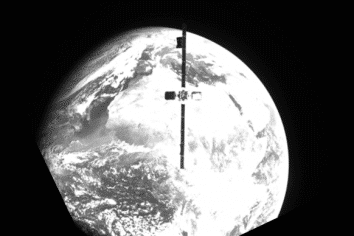 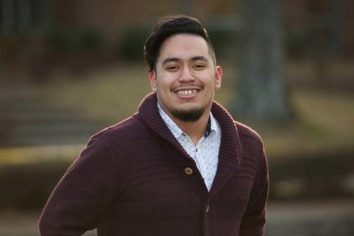