Intelsat 14, the company’s newest video neighborhood serving Latin America, will distribute the premier sporting event to millions of viewers across the region

Luxembourg and Brazil, 15 June 2018 – Intelsat (NYSE: I), operator of the world’s first Globalized Network and leader in integrated satellite communications, will partner with Globo, one of the largest broadcasters in Latin America, to demonstrate live 8K video transmissions in Brazil for the 2018 World Cup.

Beginning June 15 and running through July 15, content will be broadcast as part of an exhibition at the famous Museu de Amanhã, Rio de Janeiro’s innovative science museum. The transmission of 8K content to the Brazilian venue will provide the finest clarity, stunning color and viewer experience available. That’s due to the fact that 8K has double the resolution of 4K and 16 times the resolution of full HD. By watching the World Cup match in 7680 x 4320 pixels compared to the typical 1920 x 1080 pixels available in HD video, fans will feel as if they are in the stadium.

The 8K signal will be transmitted as a 200 Mbps video stream at the International Broadcast Center in Moscow and transported to Tokyo. It will then be carried to Intelsat via the Intelsat point of presence in New York. The signal will be transmitted on the IntelsatOne terrestrial network to Intelsat’s teleport in Atlanta, Georgia, where it will be re-encoded at 90 Mbps using a special NTT 8K HEVC real-time encoder. Once the video is compressed, it will be modulated by a Newtec MDM6100 Broadcast Satellite Modem in DVB-S2 and then uplinked to Intelsat 14, the company’s emerging HD video neighborhood in Latin America known for its HD and 4K content distribution.

“From HD to 4K and now 8K, Intelsat 14 is the premier, new neighborhood to ensure that viewers across Latin America have access to affordable, exciting, and breathtaking content that provides them with the most immersive viewing experience for premier sporting and entertainment events,” said Rob Cerbone, Intelsat’s Vice President and General Manager, Media. “While 8K technology is still evolving and further advancements in compression technology standards are needed, Intelsat’s premier video neighborhoods have proven that they are equipped to distribute 8K content to millions of viewers around the world. Since our founding, Intelsat’s satellite solutions have been at the forefront of innovation when it comes to content distribution and with this 8K demo, fans will be able to experience the match as if they are on the field with their favorite players.”

About Globo
To be one of world’s leading communications company is just possible with a lot of creativity, professionalism and investment on quality and innovation. Globo produces close to 3,000 annual hours of telenovelas and programs, as well as over 3,000 hours of telejournalism. Programs, series and interviews with a high standard of quality that every year, receive nominations in the International Emmy Awards. Presently, the network covers 98.6% of Brazil’s territory, reaching 99.5% of the population with the greatest network of affiliated broadcasting stations of 122 spread over the states. More than 90% of the network’s programming is produced in-house, which makes Globo the country’s largest job provider for artists, authors, journalists and producers. Globo currently has approximately 13000 employees. For more information: www.redeglobo.com.br. 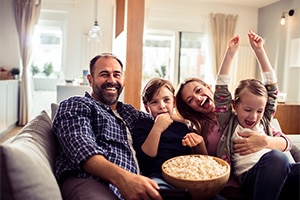 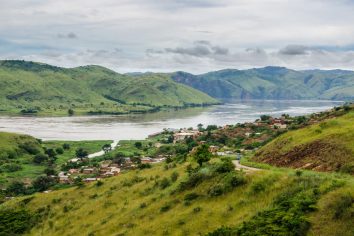